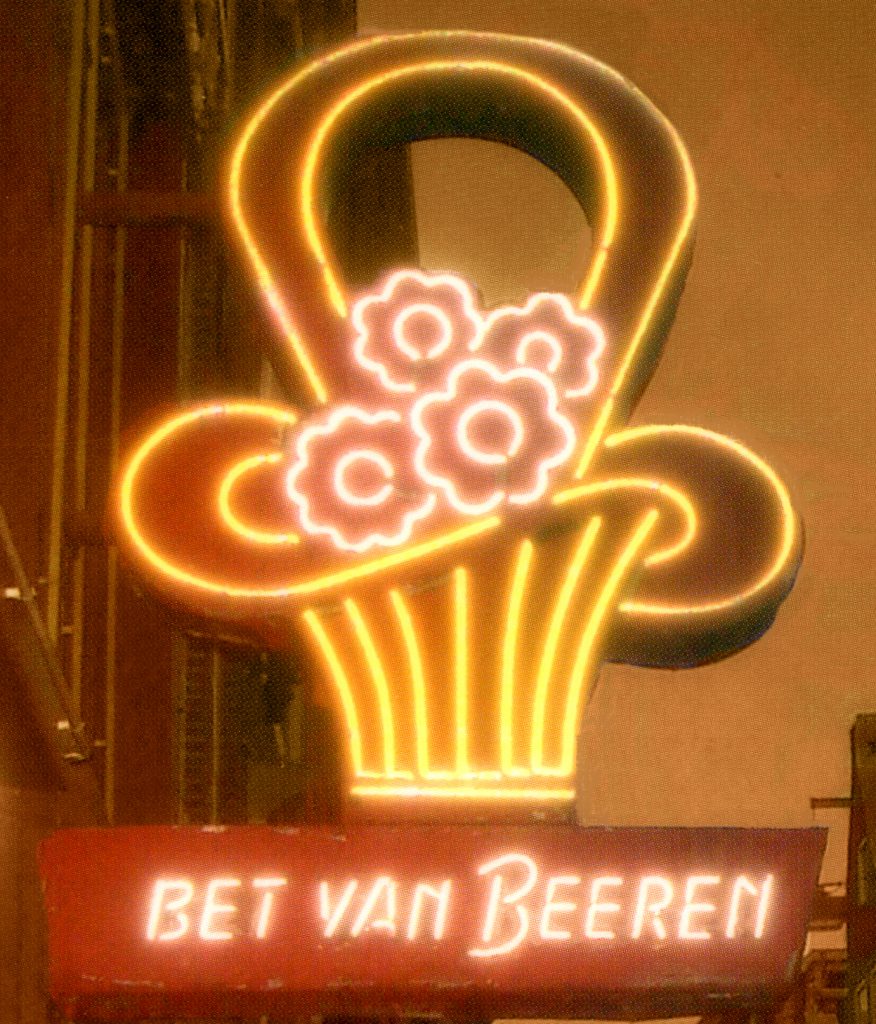 “Because of the importance of this historical pub, of “Auntie Bet“ for Amsterdam, the Zeedijk , the gay community and beyond, and also of  “Auntie Greet” who kept it all going for 40 years,  plus the fact that this concerns a family-business, the only thing we wanted and could do, was to put our efforts into re-opening the café.The historical and cultural value are too important  to just disappear into a box in the attic.”

Started in 1927 by Bet van Beeren, openly lesbian even then. This has made the bar an important symbol in Amsterdam’s gay history. Our bar has it’s own ‘window’ in the Canon of Amsterdam for being a symbol of tolerance through the ages. A replica of the bar can be admired at the AmsterdamMuseum. After being closed for 26 years (details below), during which time the place was kept intact by Bet’s younger sister Greet, the bar was re-opened in 2008 by a niece of Bet en Greet: Diana van Laar. 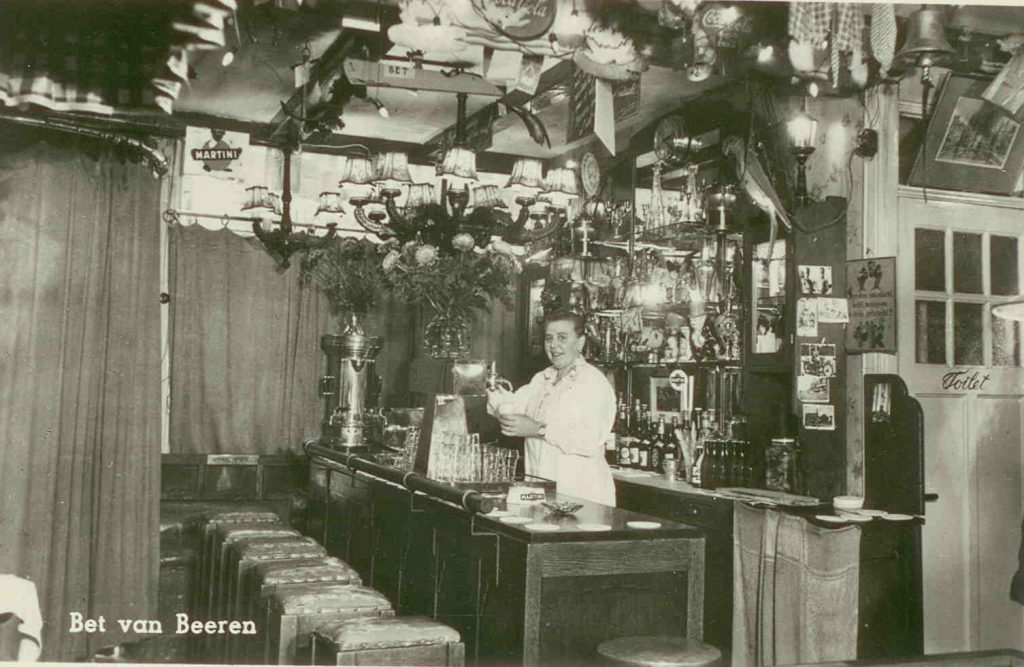 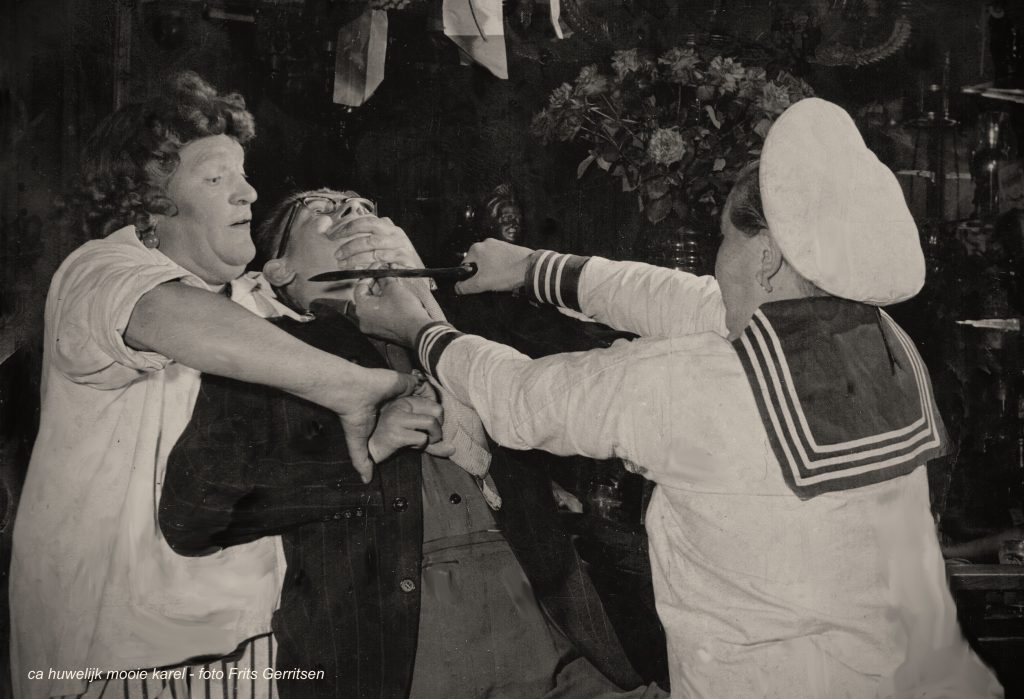 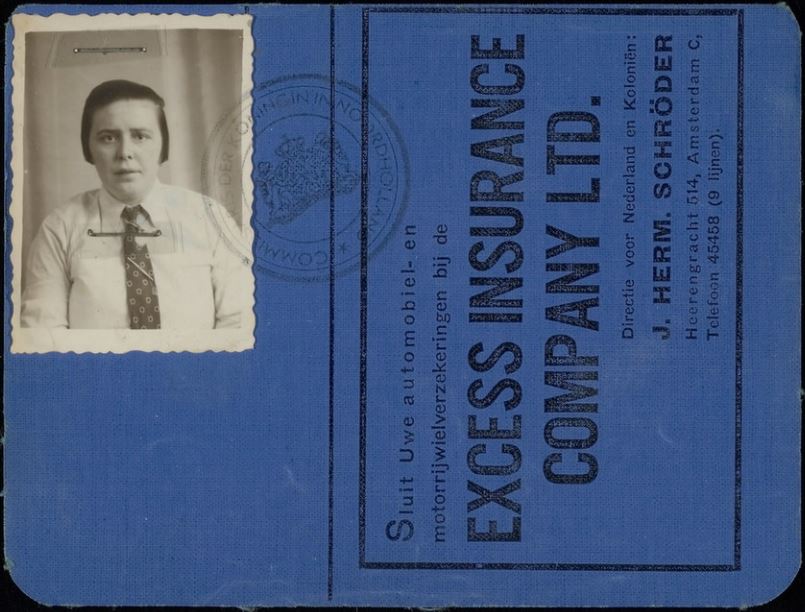 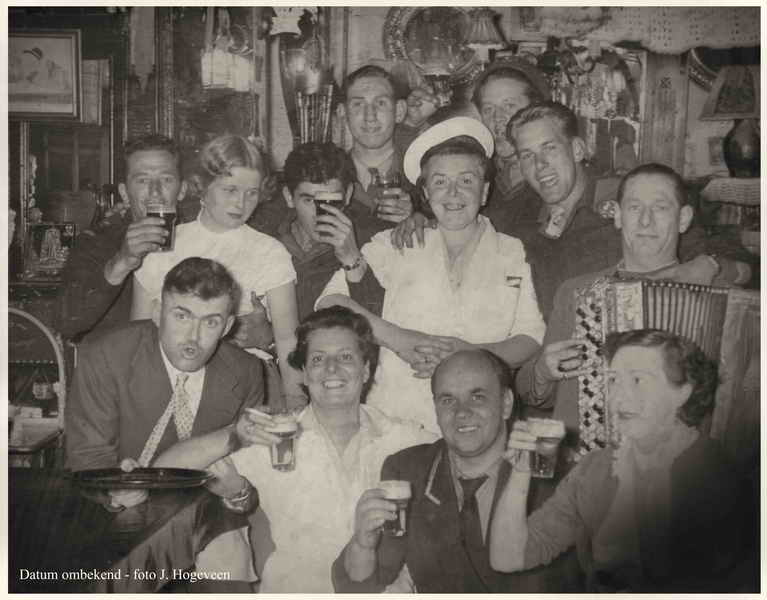 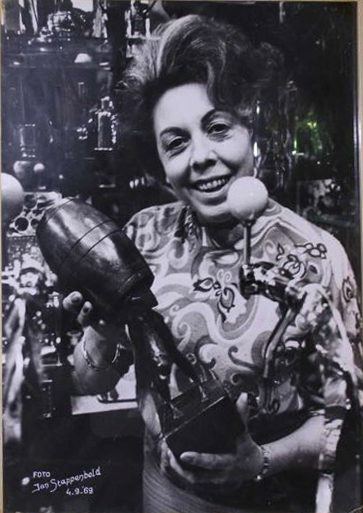 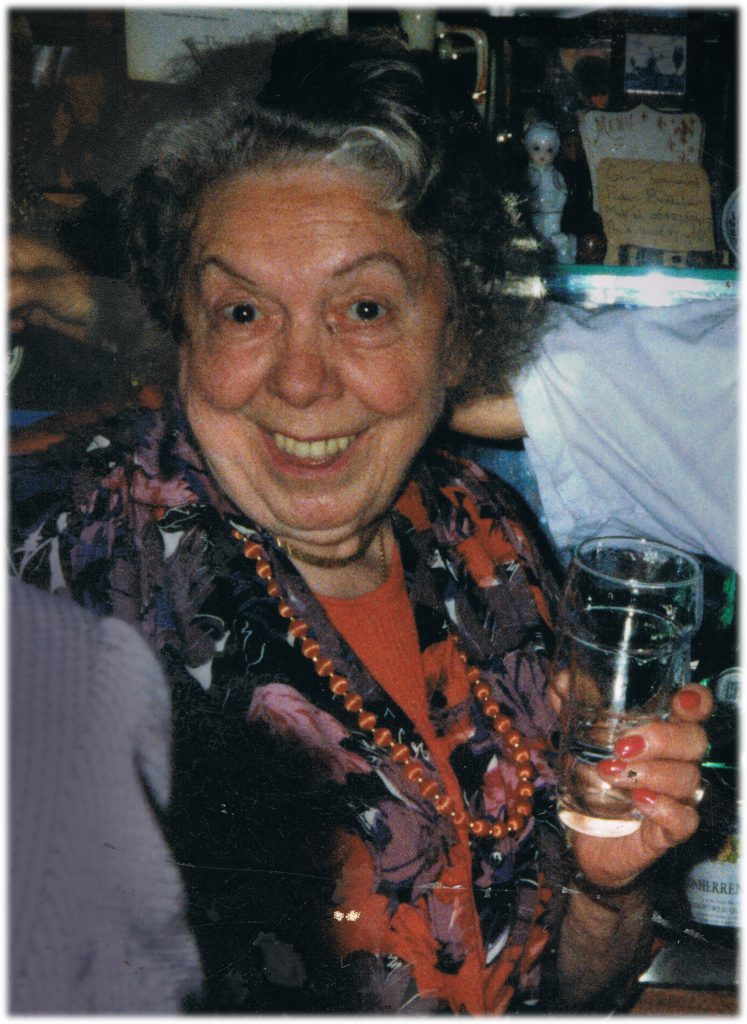 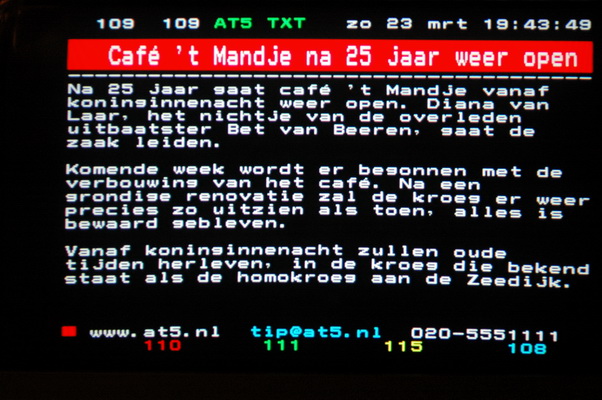 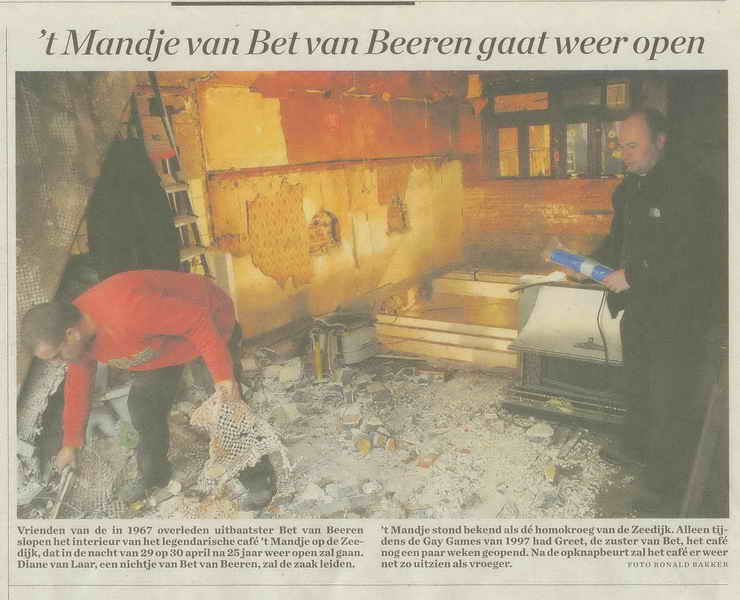 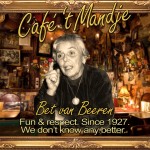 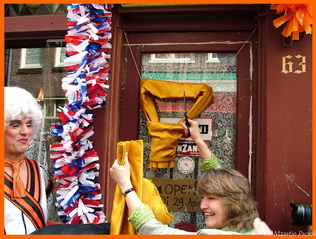 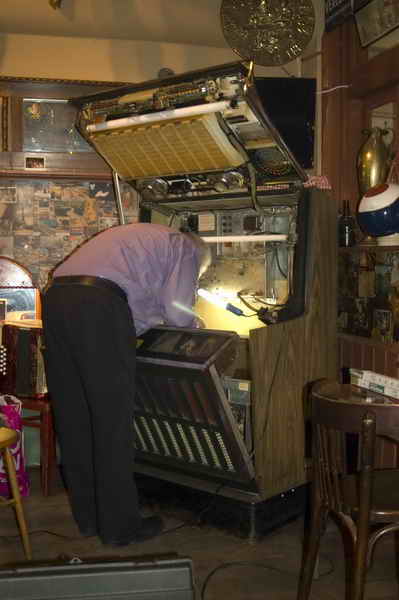 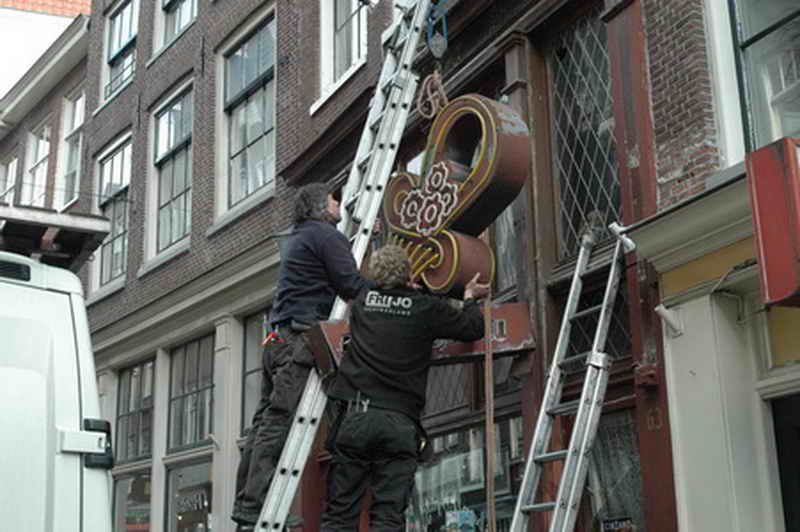 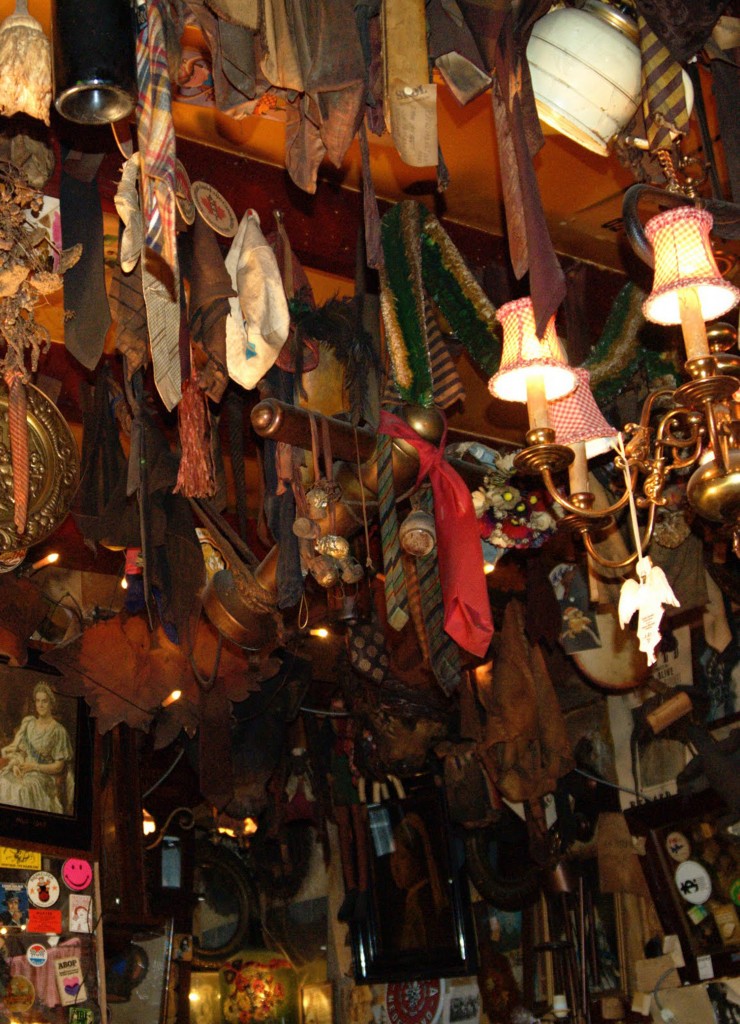 Café ’t Mandje (meaning “little basket”) was opened in 1927 by the legendary Bet van Beeren (Feb.12, 1902-July 16, 1967). She was 25 when she bought the bar from her uncle Toon Engelen and changed the name from “Amstelstroom”(Amstel stream) to ‘The Little Basket’, because her mother brought her food everyday…. in a little basket. Bet was already well-known in the neighbourhood as Betje Bokkum (bokkum is smoked herring). She was a fish vendor. 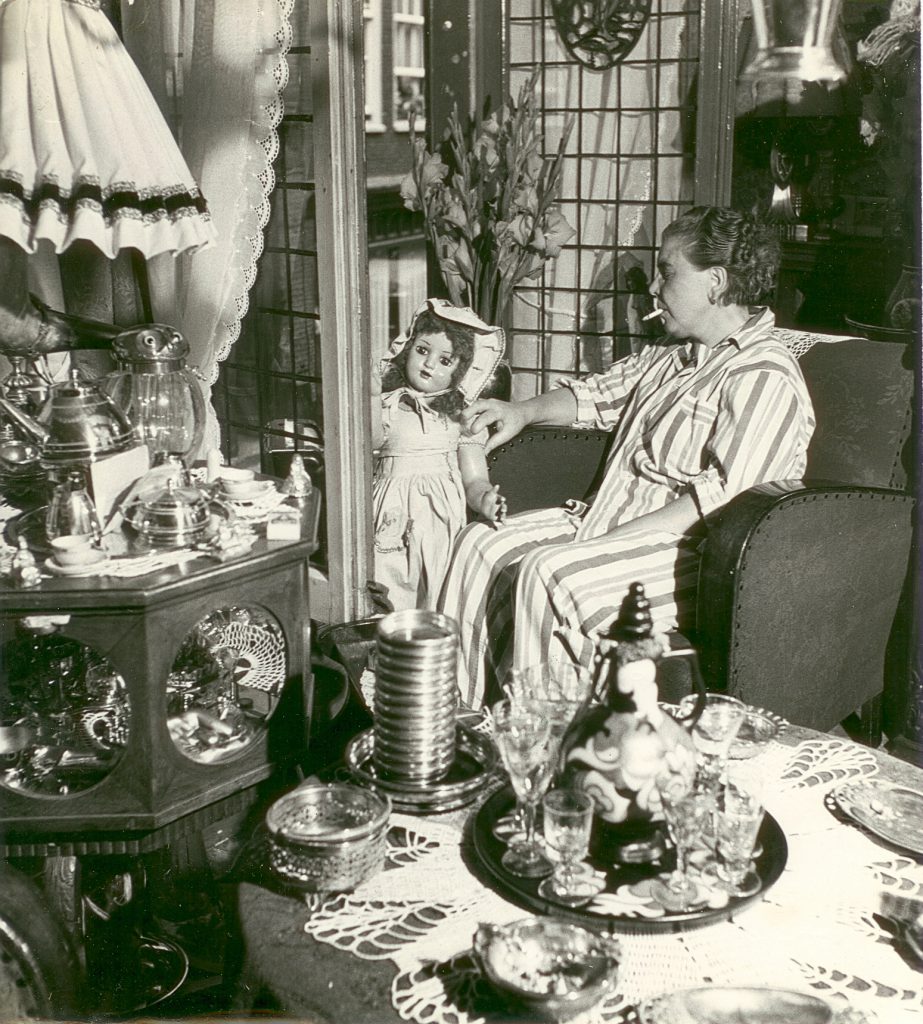 Bet van Beeren’s appartment
Among the  many pictures that were found in the house above the bar, were pictures of Bet’s home, taken in the fifties by a Magnum photographer.
As in many homes in the Jordaan (where Bet was born) the place was packed with showpieces like copper vases, christal, pictures, baubles. In one of the pictures the front room is depicted.
Over the years Greet had her own sense of interior design, but in the attick we found practically everything that had been in use by Bet fifty years earlier. 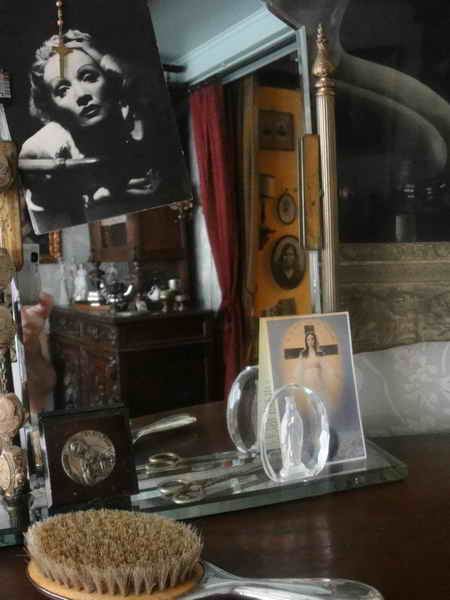 Johanna Glas en Robert van den Brink worked hard to reconstruct the front room. It’s as if Bet stepped out to get some cigarettes…

Plans to develop the other floors over de bar into a small hotel all well underway.  Staying in Bet van Beeren’s house, as if time stood still.

90 years Café ’t Mandje
In 2017 Café ’t Mandje celebrated its 90-year anniversary. April 29th it was already three years since the re-opening our famous little bar. It’s great to get all those warm reactions from visitors. People are glad the bar was re-openened and are impressed by its history. Our clientèle are a mix of regulars, tourists and visitors from all walks of life and from all over the world. We enjoy music, we have a vast collection of Dutch and international evergreens and golden oldies. We sing and we dance. And just like in the old days everybody’s welcome.

Café ’t Mandje – Bet van Beeren is only a small bar and our voice may be tiny, we still believe it to be important for us to let the world know our views and position on matters concerning LGHBT matters. The history of our café and of Bet van Beeren demand our statement. And it’s not just history causing this, we ourselves have strong views on what’s right and wrong in the world and we voice our opinion by organising events. In the past years, i.e. during GayPride & Pink Christmas, we drew attention to aging gays made to retreat back into the closet when they move into a retirement home, we had our much talked about Gay Decoy Election (stereotypes?), we considered how to make Amsterdam Gay Capital again, etc. Last Pink Christmas organized the Pink Christmas Visibly Pink Princess Election. Lesbiennes are still being discriminated and are less visible than the male homo community. We also think and talk about and publicly discuss STD/HIV. A very serious problem, not just affecting the homo community.We are involved in various network concerning homo businesses and related matters.

This all may sound a bit boring, but those of you who come and have drink will find out the “boring”does not apply to Café ’t Mandje. 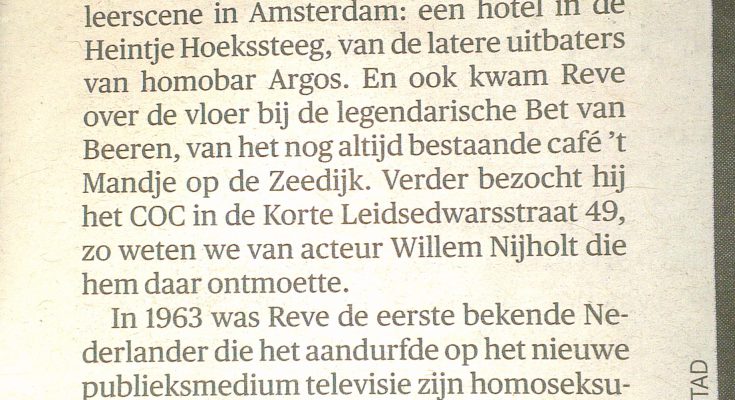 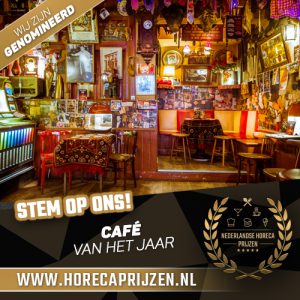 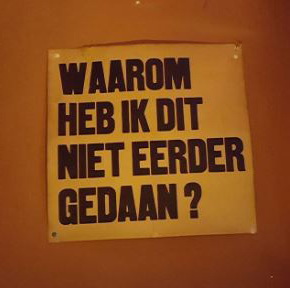 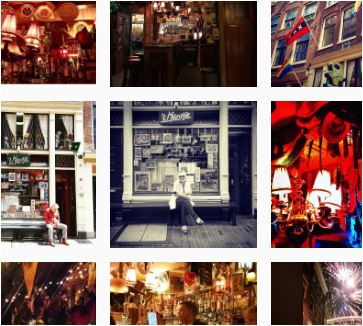